To be considered eligible, a member company must be the company specified in the ESEA membership application and not an associated, affiliated or otherwise related company or entity. Unless otherwise requested, these scholarship awards are paid directly to the accredited institution of higher learning to which the winning candidates have been accepted.

Nicholas A. Guerra of Walden, NY is the recipient of the James R. Buhrmaster Memorial Scholarship Award.

Nicholas has excelled academically in his advanced and honors courses, maintaining a 4.0 grade point average and ranked 7th in his class of 230. He is was member of the National Honor Society, and Student Government Association where he served as President. In addition, Nicholas was Captain of the Varsity Soccer Team, and received the Coach's Award. In addition, Nicholas is involved with his community. He has been a religious education instructor for three years and has always enjoyed teaching, and served as a camp counselor.

Nicholas's Teacher and SGA Advisor states, "Nicholas is a natural team player, leader, respectful, encourages others to excel, and is a role model for our school. His empathy for others, steadfast optimism, and natural leadership qualities always come through. He has always been willing to lend a helping hand to those in need."

Winner of The 2021 Mirabito Scholarship Award

Miah G. Glena of Middleport, NY is this year's recipient of the Mirabito Scholarship Award.

Miah graduated from Royalton-Hartland High School with 4.0 grade point average. She was a member of the National Honor Society, Student Advisory Council, Student Council, where she served as President, Basketball, Track and Field, and Field Hockey Teams. Serving as captain of the Field Hockey Team and received all-league scholar athlete award. In addition, Miah has volunteered at school blood drives, is a bible school teacher, and has donated baked goods to health care workers, police forces, and fire departments during the pandemic.

Miah's guidance counselor states, "Miah is an exceptional young lady in the classroom and on the field. She is hard working, dedicated and compassionate. She is a natural leader with a sense of humor and a smile that lights up a room."

Dominick graduated Gilbertsville-Mount Upton Central High School as a student athlete with a 3.0 grade point average. He was a member of the Leadership Club, Basketball, Track & Field, and Soccer Teams. In addition, Dominick was a student mentor, a volunteer at Church Food Pantry, and worked for Marshman Farms, and Stanton Cattle. Dominick's teacher states, "Dominick is a hard-working student who is actively involved in the school community. Once he sets a goal for himself, he pushes to reach that goal. Dominick is always respectful, polite and is always there to help both teachers and his peers." Dominick plans to attend SUNY Delhi to major in Electric Utility Operator.

Ean A. Blank of Liberty, NY is the recipient of the first James R. Buhrmaster Memorial Scholarship Award.

Ean graduated Liberty High School with a 3.79 grade point average and has excelled academically in a demanding curriculum. Ean was a member of Future Business Leaders of America, Honors Band, Alpine Ski Team and served as Class Secretary. In addition, Ean was a volunteer at Liberty Elks Holiday Events, and has worked the past 4 years at County Petroleum. Ian's guidance counselor states, "Ian is a hard worker and is determined to make a difference in the world. He is an all-around awesome student and will be successful in all his future endeavors." Ean plans to attend Syracuse University to major in Business Administration.

Kori graduated Bainbridge-Guilford Central High School as a scholar athlete with a 92 grade point average. Kori has excelled in a rigorous curriculum which included numerous college courses. She was a member of the National Honor Society, Band, Booster Club, Varsity Softball, Basketball & Soccer Teams. Kori's guidance counselor states, "Kori always presents a positive attitude. She is kind, thoughtful and caring. She exhibits good citizenship and excellent sportsmanship." She was highly recommended for the scholarship based on her overall service, character and leadership. Kori plans to attend SUNY Broome to major in Criminal Justice.

Heather graduated Tri-Valley Central High School with a 3.7 grade point average and ranks 4th in her class. She excelled academically in a demanding curriculum and made Dean's List at SUNY Sullivan. Heather was a member of the National Honor Society, Future Business Leaders of America and Vice President of the Student Council. Heather also volunteers her time at the local daycare center and does behind the scenes work at local charity runs. Heather's American History teacher states, "Heather is personable, intelligent and respectful. She is highly motivated and thoroughly committed to academic achievement. Heather has many friends and is respected by faculty and peers alike." Heather plans to attend SUNY New Paltz to major in Education.

Maddisen attends Royalton-Hartland High School, has a 3.8 grade point average and is ranked 7th in her class. Maddisen is a scholar athlete and has excelled in a rigorous curriculum. She is a member of the National Honor Society, Student Council and Varsity Softball, Basketball & Soccer Teams. Outside the classroom Maddisen tutors and is involved in many volunteer organizations. Maddisen's English teacher states, "Maddisen possesses the determination for academic success at a collegiate level. She treats her peers with kindness and respect. She has a strong foundation of character and integrity." Maddisen plans to attend Medaille College and major in Veterinary Technology and Biology. 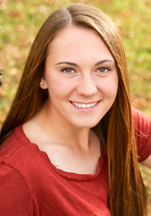 Morgan attends Columbia High School, has a 3.2 grade point average and has excelled academically in a demanding curriculum, which includes numerous Honors Classes. Morgan is a member of the National Honor Society, Band, Golf Team and the New York State Champion Science Olympiad Team. She has also been a member of the Girl Scouts for 11 years, doing many volunteer projects within her community. Morgan's Earth Science teacher states, "Miss Childs takes her education very seriously. She strives to learn and achieve as much as she can. Her strengths include a friendly and approachable personality, and the ability to work well with others. She is a well-rounded individual with huge potential for growth". Morgan plans to attend Purdue University to major in Mechanical Engineering.

Morgan's father, Gregory Childs, is the Director of I.T. for Main Care Energy in Albany, NY. 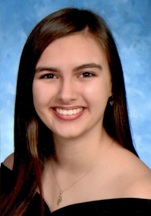